Deep Dive into the Systematic Approach of Allosteric Modulator Therapeutics 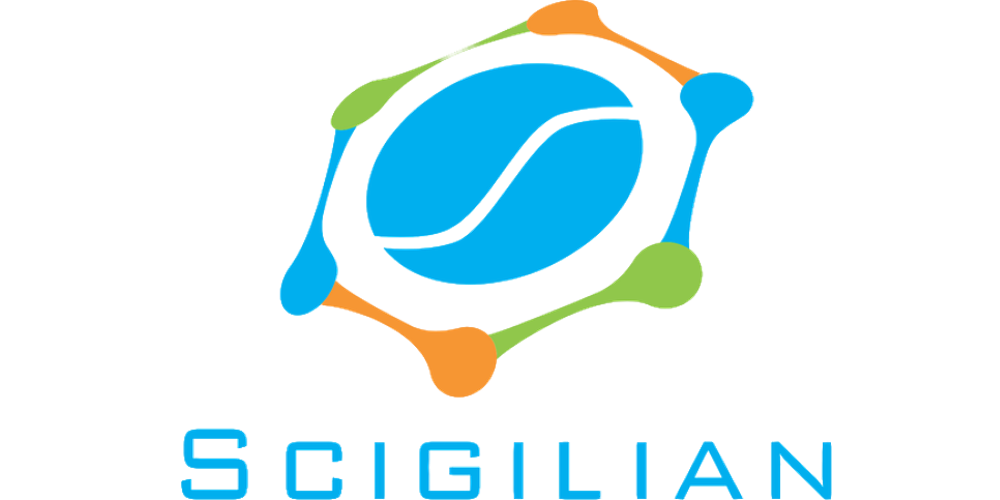 Scigilian Software is a leading life sciences solutions provider specializing in cloud and on-premise solutions that address the collaboration challenges in a distributed research environment. Scigilian provides solutions designed to orchestrate and streamline the workflows between a research organization and its CRO partners and other external research organizations. The workflows enabled by Scigilian solutions include but are not limited to those for managing sample inventory, performing material acquisition and logistics, preparing near-assay ready plates, scheduling assays, tracking experiments, and analyzing and viewing data.

We know you’re busy people.  That’s why TAM Summit is constructed as a one-day feast of inspiring learning with a jam-packed agenda

The inaugural TAM Summit is designed to highlight current drug discovery challenges, strategies and case histories towards the design of allosteric modulator therapeutics 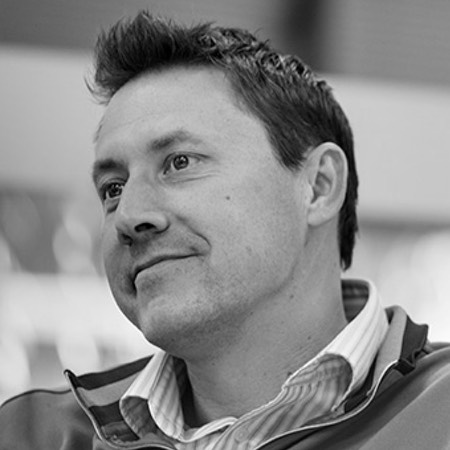 During his career to date, Adrian has been heavily involved in the identification of over 15 clinical candidates across a variety of disease areas including AT7519 and AT9283 at Astex Therapeutics, for the treatment of a range of human cancers, and AZD4017 at Astrazeneca, for the treatment of diabetes and obesity.

At Revolution Medicines, Adrian leads the Medicinal Chemistry team and is a co-inventor of the allosteric SHP2 phosphatase chemical series that delivered the development candidate, RMC-4630.  In addition, he is a co-inventor of a bi-steric chemical series with dual modes of action to selectively target mTORC1 that recently delivered the development candidate, RMC-5552.  In addition, Adrian has authored over 20 publications in peer-reviewed journals and is a named inventor on over 40 small molecule patent applications. 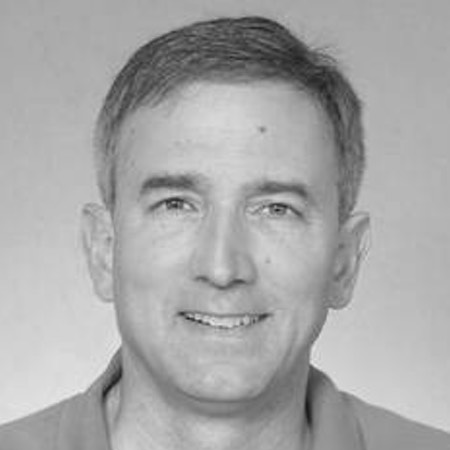 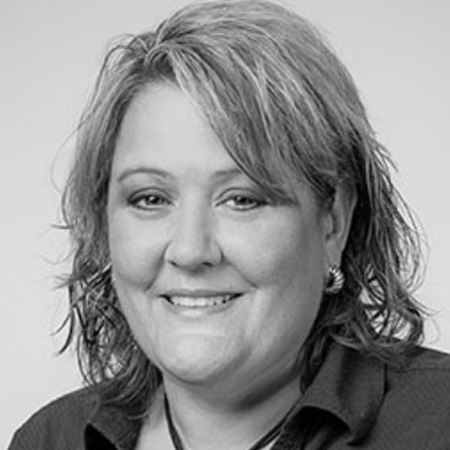 Working for more than 20 years in drug discovery & early development, Gerry’s strong experience allows her to move seamlessly from one area of science to another, guiding cross-disciplinary problem solving. Drawn to medicine at an early age, she was fascinated to learn how the body works at its most basic level. This, together with her love of innovation, chemistry and biology culminated into a desire to discover new medicines.

Prior to co-founding HotSpot, Gerry served as Vice President and Head of ACC Program at Nimbus Therapeutics, where she led the effort to discover a leading drug for NASH. She also served as Vice President at Galenea, co-led the Inflammation Therapeutic Area at Millennium Pharmaceuticals, and was a founding member of the scientific team at LeukoSite. 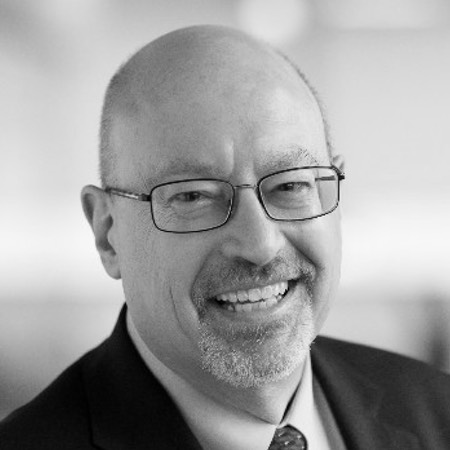 Robert A. Copeland, Ph.D., co-founded Accent Therapeutics in September 2017 and serves as its President and Chief Scientific Officer. He was formerly President of Research and Chief Scientific Officer of Epizyme, Inc. and before that, Vice President of Cancer Biology in the Oncology Center of Excellence in Drug Discovery at GlaxoSmithKline. He has contributed to drug discovery and development efforts leading to 18 investigational new drugs entering human clinical trials. These include the cancer drugs foretinib, afuresertib, pinometostat, tazemetostat, Tafinlar (dabrafenib) and Mekinist (trametinib) and the antibiotic Altabax (retapamulin). Robert has contributed more than 200 publications to the scientific literature, holds 14 issued U.S. patents and has authored five books in the areas of protein science and enzymology. He is a member of the editorial board of Molecular Cancer Therapeutics, the advisory board of the Dana-Farber Accelerator Fund and multiple biotechnology scientific advisory boards. He received his doctorate in chemistry from Princeton University and did postdoctoral studies as the Chaim Weizmann Research Fellow at the California Institute of Technology. In 2016, Robert was elected a fellow of the American Association for the Advancement of Science. 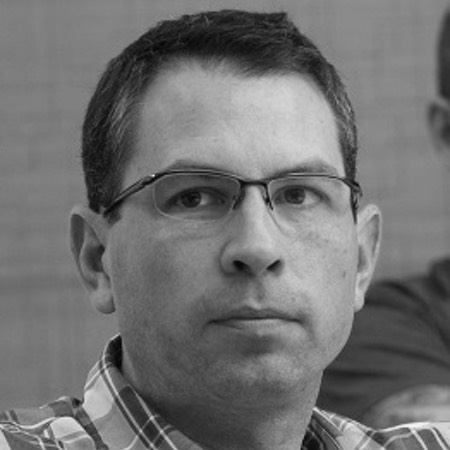 Prior to Relay, Pascal served as the head of Molecular Pharmacology and Biological Chemistry in Oncology at the Novartis institutes for Biomedical Research. He led a group working at the interface of biochemistry, biophysics and cellular biology, investing significant efforts towards the development of allosteric molecules modulating the function of hard-to-drug cancer targets.

Before joining Novartis, Pascal completed a postdoctoral fellowship at Harvard Medical School, where he studied the biosynthetic logic behind natural product biosynthesis. His postdoctoral work led to the discovery of a transglutaminase homologue as a condensation catalyst in antibiotic assembly lines. It also led to a great appreciation of the many ways natural small molecules modulate protein function. Pascal obtained BS in biochemistry at Laval University and obtained a PhD at the University of British Columbia, studying the enzymology underlying aromatic compounds catabolism. 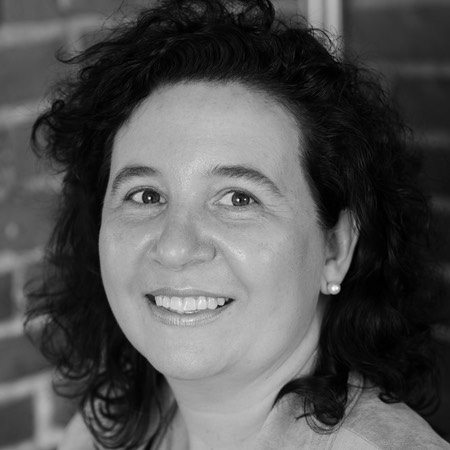 Maria-Jesus Blanco has almost 20 years of experience working in drug discovery in the pharmaceutical industry (pharma and biotech). She is currently Senior Director of Medicinal Chemistry at Sage Therapeutics (Cambridge, MA), covering early drug discovery to IND and clinical studies. Previously, Maria was Director of Discovery Chemistry Research & Technologies at Eli Lilly (Indianapolis, IN). She has lead teams and contributed to the delivery of >11 clinical candidates mainly for CNS indications. Dr. Blanco obtained her B.S and Ph.D. degrees in Chemistry from the University of Santiago de Compostela, Spain, followed by postdoctoral positions at Massachusetts Institute of Technology with Prof. Masamune and Univ. Strasbourg, France with 2016 Nobel Laureate Prof. Sauvage. Maria has >75 publications, patents and presentations. She is an industrial councilor for the American Chemical Society medicinal chemistry division, mentor and science advocate. 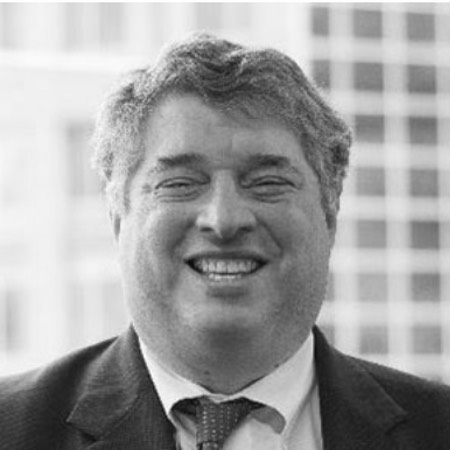 Marc Semigran, M.D., joined MyoKardia in December, 2016. Previously, he led the Massachusetts General Hospital Heart Failure and Cardiac Transplant Program as section head and medical director, from 2004 to 2016. In addition, he was principal investigator of the Harvard Regional Clinical Center of the National Heart, Lung, and Blood Institute Heart Failure Network. Dr. Semigran was a member of the internal medicine and cardiology staff of Massachusetts General for more than 25 years and is an associate professor at Harvard Medical School. He has published more than 140 peer-reviewed papers in cardiomyopathy, heart failure and cardiac transplantation, and served as editor for a leading textbook on heart failure. Dr. Semigran is a recipient of numerous National Institutes of Health and industry research awards, and has served as principal or co-investigator in several major clinical trials across various therapeutic areas. In addition, he has served in scientific and medical advisory capacities to such companies as GSK, Medtronic plc and Bayer. 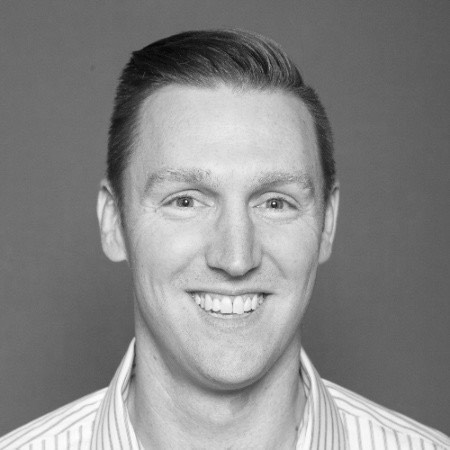 For almost 10 years, Mike has been focused on the discovery and optimization of small molecule therapies to improve patients’ lives. Mike is a Senior Investigator II and currently leads the Oncology Biological Chemistry Group at the Novartis Institutes for BioMedical Research where his team supports early assay development and medicinal chemistry efforts to identify clinical candidate small molecules and elucidate their mechanism of action. The team seeks to bridge the gap between biochemical and cellular assays to gain a better understanding of the complex biology that drives disease.

Mike is a classically trained enzymologist and biochemist and received his Ph.D. from Johns Hopkins University School of Medicine, working with Dr. Jon R. Lorsch in the field of eukaryotic translation initiation. Prior to joining Novartis, Mike was a Helen Hay Whitney Postdoctoral Fellow with Dr. Christopher T. Walsh at Harvard Medical School where he led the bioengineering of a bacterium for production of new natural product antibiotics to treat MRSA. His team is currently interrogating a number of high-profile cancer targets including signaling kinases, epigenetic enzymes and transcription factors, in search of small molecule modulators with novel mechanisms of action. 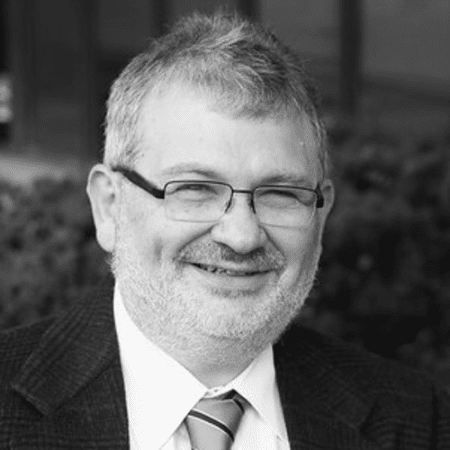 Since 2006, he has been immersed in drug discovery of allosteric modulators of membrane-bound targets key to brain function (GPCRs, ion channels and transporters)

Dario’s efforts converge at the interface of chemistry and biology. He has contributed to the understanding of allosteric paradoxes like “flat SAR”, binding-function disconnects, and super-physiological function.

He was the editor of the book Allosterism in Drug Discovery, published by the Royal Society of Chemistry in 2017.

He earned a PhD degree in Organic Chemistry from the University of Buenos Aires, Argentina, in 1989. 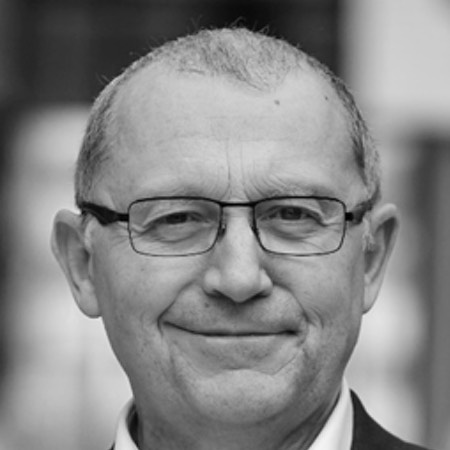 Jean-Philippe Rocher is Head of Discovery in Chemistry at Addex. He returned to Addex from Pierre Fabre where he was Director of CNS Programs from March 2014 to May 2018.

Joining Addex at its inception in 2002, Dr. Rocher established the company’s chemistry capabilities and building Addex small molecule allosteric modulator chemistry platform including a library which delivered leads towards > 15 targets.

Prior to joining Addex, Dr. Rocher was director of chemistry at Devgen NV (Gent, Belgium), senior research scientist for GlaxoSmithKline KK (Tsukuba, Japan), scientific project leader in CNS at Mitsubishi Tanabe (Yokohama, Japan) and Head of Drug Discovery Unit for Battelle (Geneva, Switzerland). He started his career as a research scientist in the dermatology research centre of Galderma in 1987.

9:10am
Keynote Presentation: Allosteric Modulators - Where We Are and How We Got Here

11:00am
Presentation: A Deep-dive into Sage Therapeutics Allosteric Program

11:25am
Presentation: MyoKardia’s Approach to Treating Heart Conditions with Allostery

2:45pm
Presentation: Bringing Allostery to the Forefront of Drug Discovery and Development with HotSpot Therapeutics 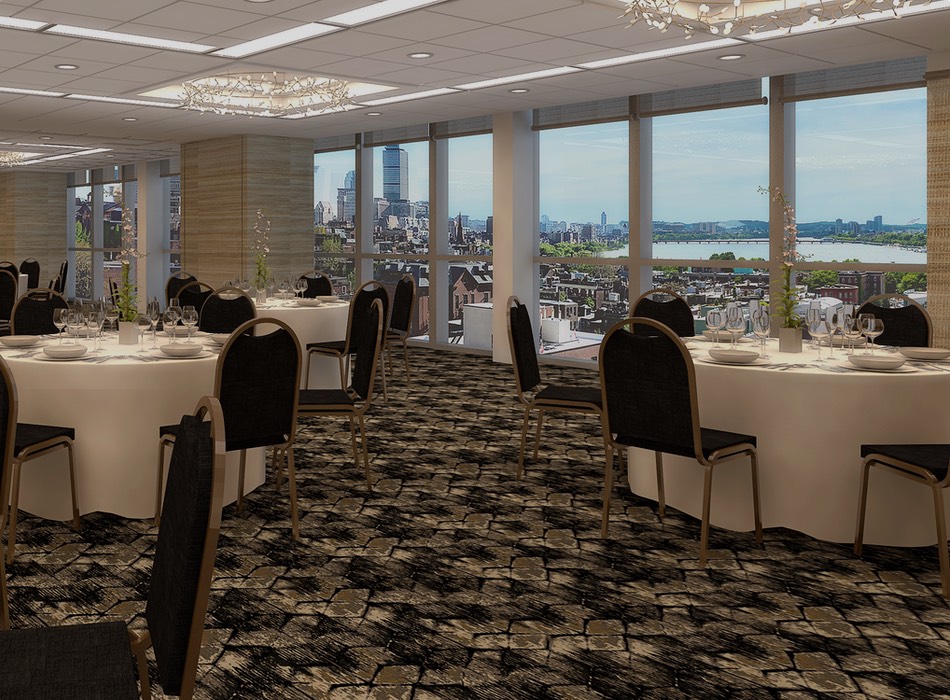 The 2019 summit is being held in the Wyndham Boston Beacon Hill,  located in Boston’s vibrant West End at the base of Beacon Hill.  Combining fresh, contemporary spaces with historic New England charm, this venue is the perfect place for learning, networking and relaxing.

Bedrooms can be booked directly with the hotel.  We anticipate high demand and recommend that you book early to secure the best possible rate.  Full details of the venue location, catering and travel will be included in your registration pack.

Our attendees tell us that one of the main reasons they attend our summits is to advance partnership discussions and forge new business relationships.  To facilitate this (and help us to fund the event) we have a limited number of partnership opportunities. This means that our partners can be confident they can have the meaningful conversations they seek – and our attendees know that the composition of the audience is just right.

We invite you to get in touch for a no-obligation conversation.  We will share our audience data with you and help you determine whether this summit is the right fit for you. 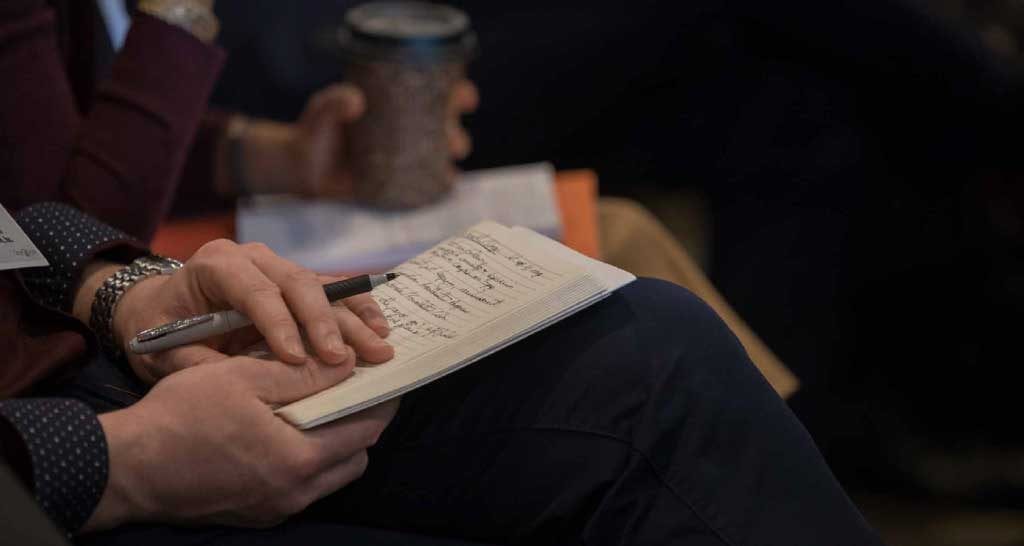 Register for the Event

For pricing and booking options please click the button to go to the registration page.